The 6th AGM of the RAYC was fortunate to welcome Sir Robin Knox-Johnston as guest speaker at the supper afterwards. RAYC member Billy King-Harman has sailed with him on a several expeditions, and his stepson, Lt Col Jonathan Buxton, was kind enough to make the invitation as a serving officer on behalf of the Club.

In his introduction to Sir Robin, the Vice Commodore, Nat Webber, asked him whether sailing presented the sort of challenge that would further the aims of adventurous training. Sir Robin responded by highlighting his experience of adventurous challenge on his circumnavigation of the globe.

Although he achieved the first single-handed circumnavigation of the world by a yacht 53 years ago, on the 22nd April 1969, his vivid account sounded as if he had only just completed the ten and a half month expedition in his 44' (LOA) ketch, Suhaili and enraptured the audience.

He had imagined the possibility of a non-stop round the world whilst First Officer on "The Kenya" merchant ship in the Indian Ocean after Sir Francis Chichester had completed his acclaimed expedition two years earlier. Suhaili, designed and built whilst he was working in India, gave him the confidence to bid for the Sunday Times Golden Globe trophy challenge. He admitted that he was spurred on as much by naysayers as by encouragement from supporters but felt daunted by the competition from sailors such as Ridgeway, Blyth and the French yachtsman, Moitressier. Intrigue between these legendary sailors over the staggered start to the race preoccupied him as much as the preparation and planning before embarking on this historic voyage from Falmouth on the 14th June 1968.

The audience soon appreciated the difficulty of navigation that Sir Robin had faced with little more than an HF radio, barometer, sextant and 13 charts. Many of the young people present could not imagine such an undertaking without the assistance of computers and worldwide internet. Indeed, the loss of his radio early on in the voyage posed a significant navigational problem without even accurate time checks. He admitted to loneliness at times ameliorated only by encounters with sea-birds and an Australian fisherman off Melbourne.

He seemed to be presented by every imaginable hazard even before the relentless conditions in the roaring forties. His water tanks were polluted, his carefully designed self steering disintegrated, his main boom collapsed, his tiller sheered off. Suhaili even sprang a leak that required repair over the side. He had to despatch a sinister shark to complete the repair, but not before getting a photograph which is one of many impressionable photographs in his account of the voyage book "A World of my Own".

His seamanship and a detached, singleminded determination overcame the kind of adversity that would have confounded similar attempts by any other sailor. His thoughtful anticipation of the course based on deep understanding of weather and signals of the natural world on the route meant that he was generally prepared psychologically for the worst conditions and was able to cope with the physical strain of the voyage.

Throughout the voyage, Sir Robin kept a meticulous log and diary, supplemented by tapes which enabled him to recall his most fatiguing experiences. From his lucidly articulated reflections, it was clear that his philosophy of tenacious determination, making his own luck, gave him the inner resourcefulness to complete the voyage.

In conclusion, he agreed that Adventurous Training sailing was an activity which would develop all-round confidence and self sufficiency but it was his account of the first singlehanded sailing circumnavigation at the AGM supper which left us in no doubt that he had achieved the pinnacle in those qualities. His admirable example stands as a lesson to us all who were present of what can be achieved with the right determination of purpose. The fact that he achieved that feat before the advantages of modern technology turbocharged sailing made the success the more extraordinary. 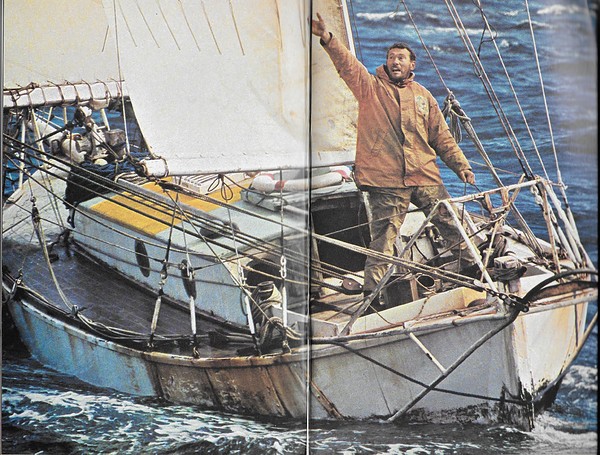 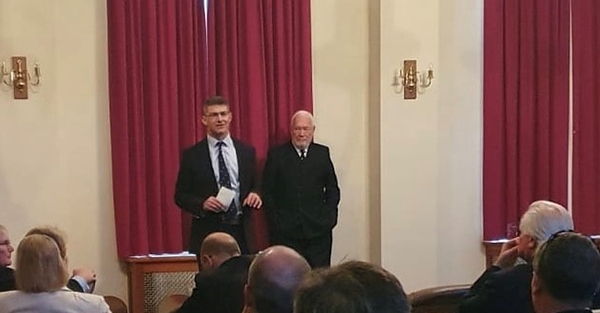 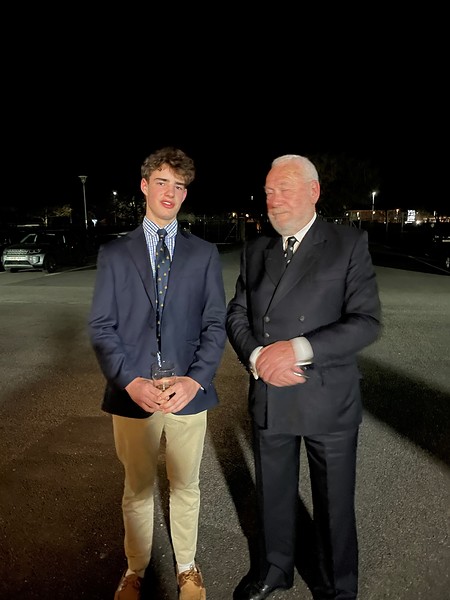