The RAYC Executive and General Committee meeting at the Packway Mess on Friday, 18th October was the inaugural meeting for our new Admiral, Lieutenant General Richard Nugee.As an active member of the Club and a previous Commodore he needed little induction to the RAYC Committee. His first Admiral's responsibility was to say farewell to our current Membership Secretary, Major Bill Ross, who has made a handsome contribution to Gunner Sailing over a long-time including managing Exercise Mediterranean Ubique. 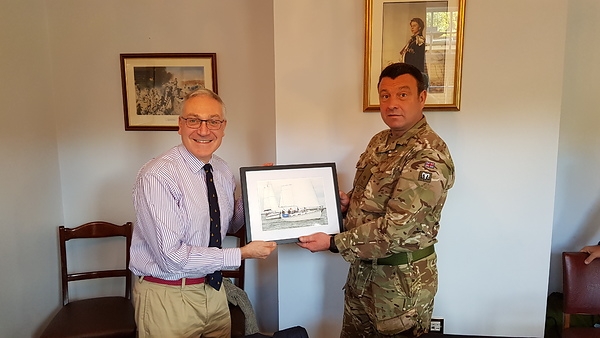 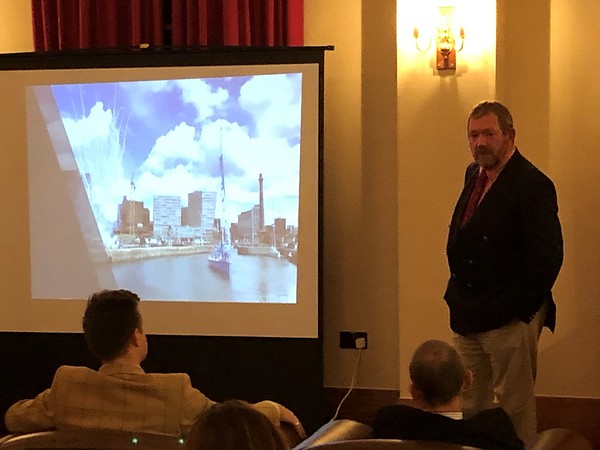 Bob's talk was about the 2017/18 Race when he skippered the yacht UNICEF. His talk was gripping with awesome video footage of the Roaring Forties Southern Ocean leg in, and surprisingly violent conditions in the Mighty Pacific leg.The real insight beyond the physical and mental challenge was in his profound observations about leadership. He was always looking for leadership potential in his crews and highlighting how they grew in their roles during each ocean legs mostly through handling savage adversity, with his patient oversight. Bob kept in touch with them afterwards as they matured into yacht leaders in their own right. Bob had an interesting approach to assessing risk which he characterised with his choice of standing out from the Cape of Good Hope rather than a shorter inshore route where shoals had claimed a previous contender. The race spirit was illustrated by his intuitive connection with other yachts to warn of danger, help and encourage when their confidence flagged by offering advice to stiffen resolve and sailing in company, albeit with a competitive edge until they were at leg end.

During the Clipper 2017-18 Race, crew, supporters and race partners around the world showed their support, visited UNICEF funded institutions and raised more than 374,000 which will help save the lives of thousands of children.

Of course, Bob's sailing insights were captivating and the scale of challenge daunting two consecutive spinnaker wraps on a downwind leg of the Roaring Forties followed by the forestay parting would confound even the most experienced sailor. But it was his interest and understanding of the potential and limitations of his crews that showed how valuable sailing in the right context can be for leadership development. This was brilliantly illustrated talk with slides that left us in awe of his experience and very proud that that Gunners Sailing set him on course as a Clipper Round the World skipper. Our thanks to Bob for providing us with his insights. The atmosphere around the meeting and the supper was good, positive and cultivated a great feeling of camaraderie and interest in sailing stimulated in no small part by Bob's talk.