Restoration of the Original St Barbara

The private owner of the original St Barbara, David Burden, has contacted the Club to let us know that he is restoring the yacht with the intention of launching her in early June and moving her to Cardiff.

Commissioned by the RAYC in 1948, she was built under the direction of Charlie Nicholson at Camper & Nicholson's yard.

She was sold to Capt Clarke around 1965 who sailed her from the Hamble for many years under the name 'Maresca'. Subsequently, she was brought up to Tommy Nielsen's yard in Gloucester for repairs in the early 1990s.

David bought her in 1995 from Tommy Nielsen and sailed her out of Cardiff for about 15 years until her steel frames became too corroded to easily keep her in commission.
David then moved her into a shed in his garden just outside Gloucester and began her restoration as seen from the photographs.

She is now nearly finished and had her final survey. All that remains apart from many odds and ends, is to commission the new engine and fix the anti-slip coverings on the deck. 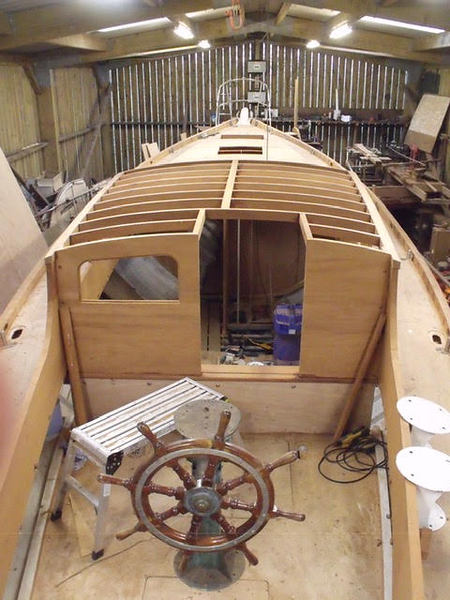 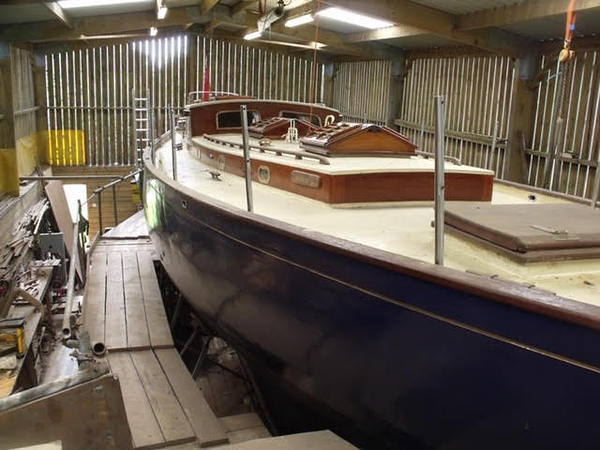 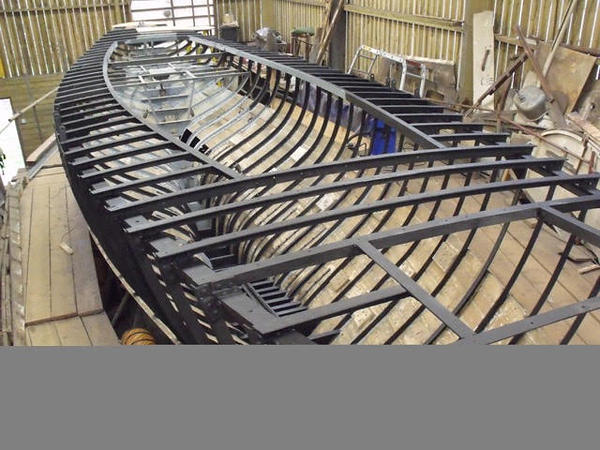 David has kept her much as she was, with the same mast and sail plan but to improve her manoeuvrability has installed twin props running from a single new engine and added a furling genoa.
His intention is to launch her in early June and move her back to Cardiff.

David has kindly extended an invitation to anyone in the Club who wishes to see her in situ to get in touch at davejburden@msn.com and he will arrange viewing (please cc webmaster for authenticity).

David will keep the Club informed about the launch date which will be published on this website.

The Commodore has extended an invitation to David to attend the RAYC Regatta this year.