Home / News / Calling All RAYC Yacht Historians - Do You Know Who Owned Alpha?

Home / News / Calling All RAYC Yacht Historians - Do You Know Who Owned Alpha?

Calling All RAYC Yacht Historians - Do You Know Who Owned Alpha?

Yachting journalist and writer, author of several books, and member of the Royal Ocean Racing Club, Bruno Cianci, wants to trace the RAYC owner of Alpha with the RAYC burgee, in the attached photograph: 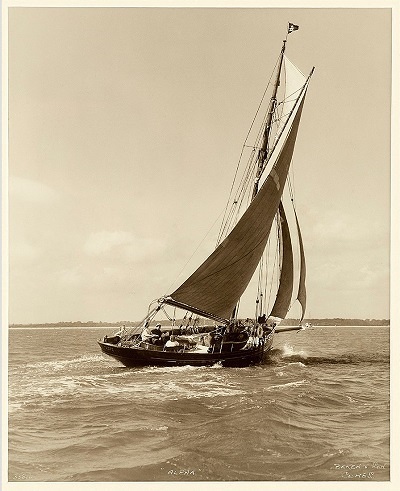 Bruno Cianci, is working on a book on classic yachts. He wants information about this yacht, including the year of launch, build or anyting else, so that he can search through the Lloyd's Register? Are there any Gunner sailors who could identify the Gunner owner and his tenure as owner or charterer?

The webmaster has identified a BristolChannel Pilot Cutter named Alpha commissioned by Pilot William Prosser in 1904. looking very similar to the yacht in the oicture. She was built in Fleetwood by William Stober, a master builder of Morecambe Bay prawners, and she has some characteristics of these fine boats combined with Prosser's specification, which would have included requirements for speed and sea kindliness. In 2004 Alpha was bought by her current owner Willem Scholtes and between 2008-2010 underwent restoration by David Walkey at Gweek. Her homeport is Oban, Scotland.

If you can cast any light on the question, please contact webmaster or Bruno directly at brunocuanci70@gmail.com.